Some mornings, you just want a simple breakfast — something uncomplicated that tastes great with minimal fuss, right? This Banana Cinnamon Smoothie fits that description to a tee. With healthy bananas, a pinch of cinnamon and delicious local honey, you’ll love this sweet breakfast drink as much as we do. 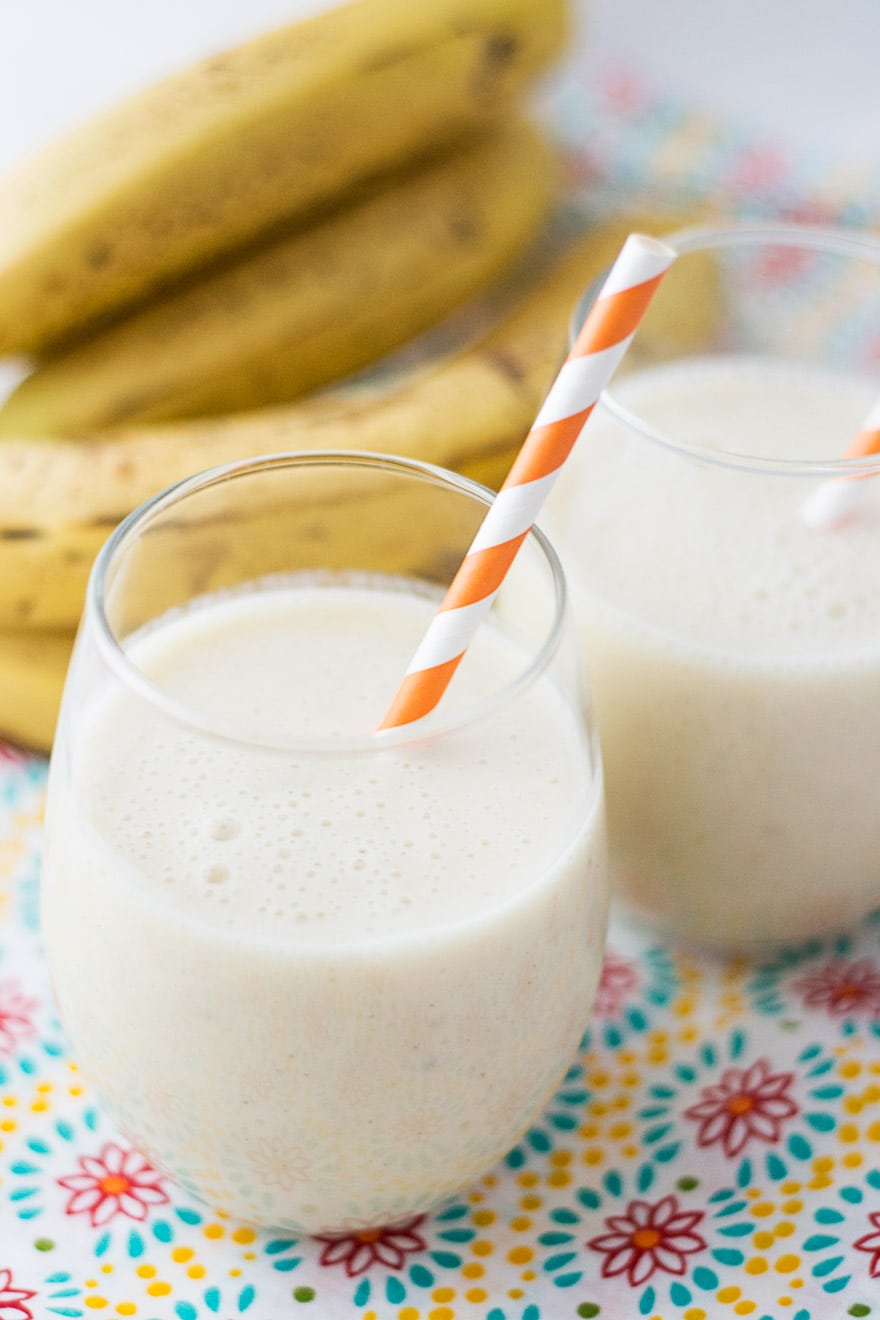 When it comes to smoothies, my husband prefers things on the sweeter side. So that means most of the drinks I make for him contain banana. We always prefer to use honey as a sweetener in our smoothies because it’s loads better for you than sugar. We get organic, local honey from his little cousin who sells honey to raise money for her college fund. Isn’t that precious?

Honey has lots of good for you vitamins, minerals, and enzymes. It also boosts energy and helps build immunity… so why wouldn’t you want to use it as a sugar substitute whenever possible? And if you’re watching your calories, it’s still a good option. Honey is sweeter than sugar, so you can usually use less of it to attain the same sweetness. 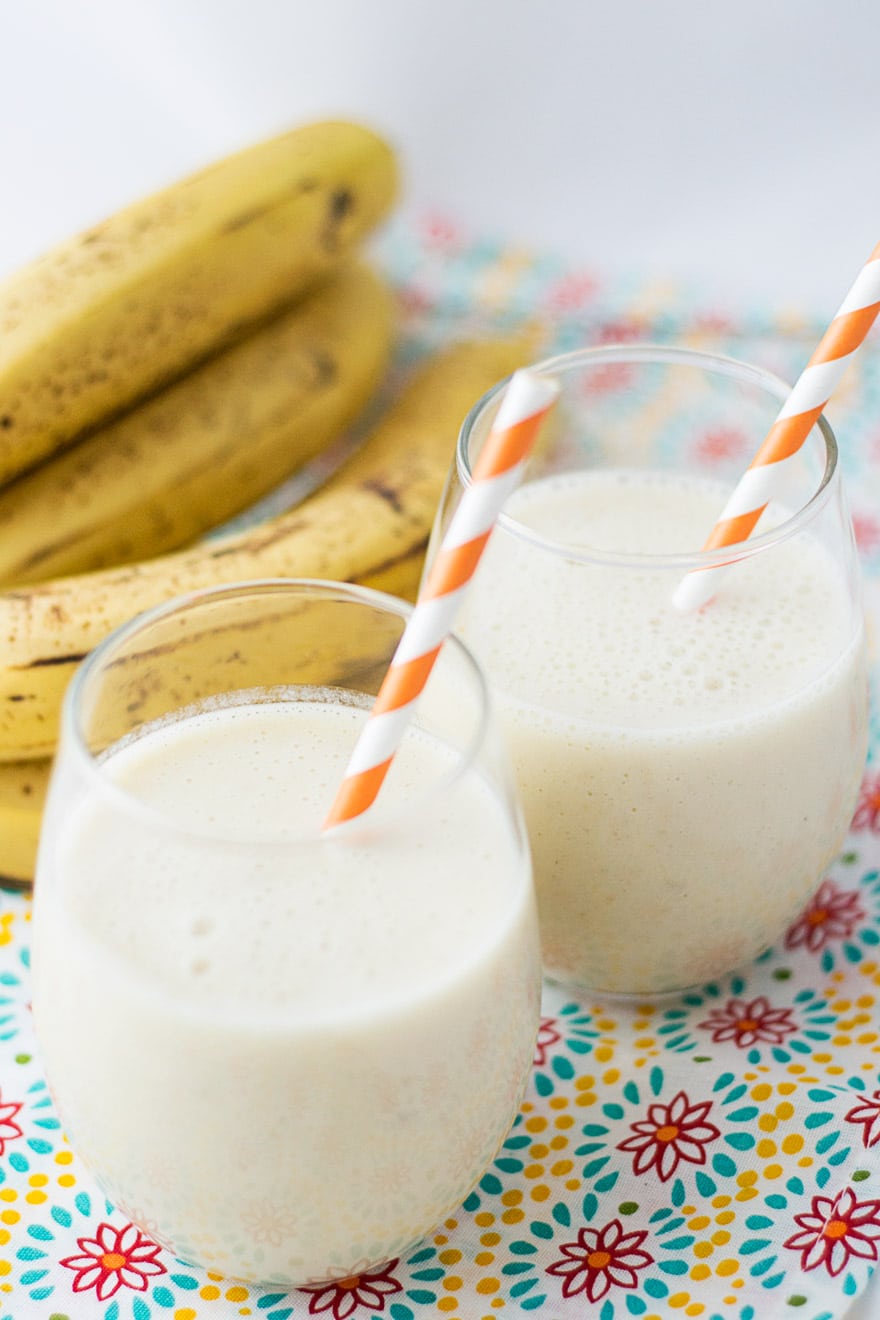 While you could easily drink up the entire amount you get from this smoothie yourself, I split this with my husband. I’m doing Weight Watchers this year in combination with making healthier food choices, so I’ve gotta be careful with those points. Would it be helpful to add the WW points to the smoothie nutritional information? If you’re interested in that, let me know in the comments.

This creamy Banana Cinnamon Smoothie is a sweet and healthy start to your day. With bananas, cinnamon, honey, yogurt and almond milk, it’s a filling, energy-boosting drink! 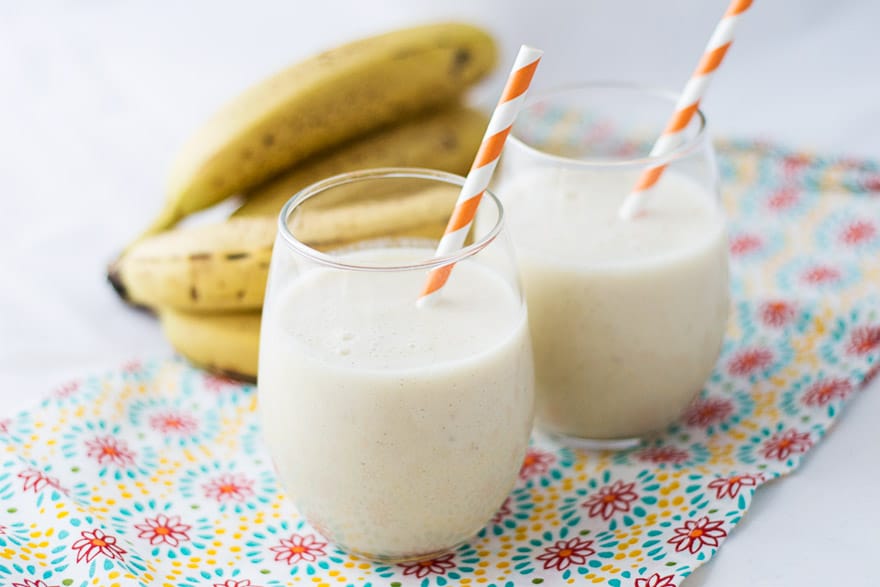 I'm a wife, mom, blogger and serious smoothie addict. I post (mostly) healthy smoothie recipes every single day... because the path to health and fitness starts in the kitchen!
READ MORE
We are a participant in the Amazon Services LLC Associates Program, an affiliate advertising program designed to provide a means for us to earn fees by linking to Amazon.com and affiliated sites.

We use cookies on our website to give you the most relevant experience by remembering your preferences and repeat visits. By clicking “Accept”, you consent to the use of ALL the cookies.
Do not sell my personal information.
Cookie SettingsAccept
Manage consent